You need to enable JavaScript to run this app.
Features
NextGenVest Summit Success
Felix Schlieman '16 Senior Writer
May 20, 2015
No Comment

On April 25, five Deerfield students left campus at 6 a.m. and headed to New York City for the NextGenVest East Coast Summit. When the group arrived at the Grand Central Technical Institutes offices, where NextGenVest is located, they were greeted by a group of NextGenVest employees and quickly absorbed into the crowd of about forty other high schools students. 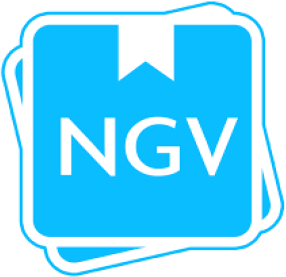 NextGenVest’s goal is to fix the current lack of financial education among students by using short, three-minute videos with titles that range from “Insurance 101” to “Investment 101.” NextGenVest has already helped thousands of students learn basic principles of personal finance.

NextGenVest’s founder, Kelly Peeler, a Harvard graduate and former J.P. Morgan investment banker, started the organization because, as she said, she ‘was lucky enough to get a great formal and traditional education but was completely lacking in the ‘life skills’ area.”

Deerfield became involved with the organization two years ago when current senior Yong-Hun Kim brought NGV to Deerfield. “It all started last year,” Kim explained, “when Kelly paid a visit to DA to introduce the organization and invited interested students to apply [for] the winter summit in NYC.”

Kim went to the summit over Thanksgiving break with Jackie Dowling ‘14; “Afterwards, we were tasked with establishing a chapter club at DA. I decided to go through with this project because I thought NGV’s mission of reducing financial illiteracy among young adults was [noble].”

Deerfield’s club currently has over 25 members and meets regularly to discuss current matters within the organization and work on projects for the multiple NextGenVest competitions.Deerfield placed 1st and 3rd in two past competitions.

At the summit this past weekend, representatives from nearly a dozen chapters came to hear five guest speakers with expertise in entrepreneurship, journalism and finance, and to participate in student-led workshops on leadership. Also, the results of the most recent competition, called NextGenVest 18under18, were released. NextGenVest 18under18 is modeled off of Forbes 30under30.

The competitors were students, nominated by peers, who excel or have passions in a particular field. Some of the interests of the competitors included investment, athletics and entrepreneurship, among others.

One of Deerfield’s own students, Mamadou Yattassaye ’15, was nominated and won the Literature category for his work featured in the America Library of Poetry.

NextGenVest hopes to build up as large a community as possible, so, in Peeler’s words, “It can be every student’s money mentor.”

Kim said, “NGV has opened my eyes to how much of a necessity financial literacy is. One out of every seven students cannot make basic financial decisions around things like credit cards or budgeting.” In the future Kim hopes students will start taking advantage of the various online videos in order to learn the basics of personal finance.