The varsity swim team is possibly the closest team there is on campus, from spending over ten hours a week in the pool together and taking an annual sun-filled Florida trip. Though constantly jokingly referred to as a “cult,” they are actually just one big family, each person having his or her own roles and strengths. 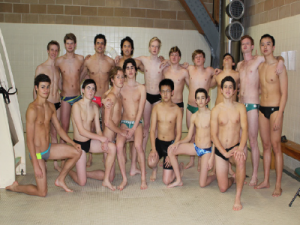 The Enforcers of the Team: “Matt Hrabchak and Alam Lam keep everything under control, and make sure we focus. They’re the leaders,” said Mikaela Wellner ’16.

Teammate Most likely to Save a Drowning Child: “Claire Collins or Bryn Everson,” said Paige Cleary ’17.

Member Most Likely to Swim at the Olympics: “Miles Smachlo and Bailey Smith are absurd. I mean, honestly, Bailey is over two years younger than me and maybe ten times better,” said a teammate.

The Mother: “Claire Collins is always super-supportive and friendly to everyone on the team. Makes sure we’re all happy!” said Rhyan Brode ’17.

Most Enthusiastic After Winning a Race: “Definitely Hugo, Claire and Bryn. They get so pumped,” said a teammate. 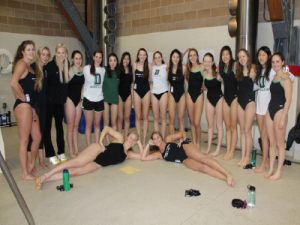 Coolest Swim Suit Collection: “Will Hrabchak has got some nice speedos,” said a teammate.

Most Likely to False Start due to Excitement: “Katie Jia. One Hundred Percent, Katie Jia,” said a teammate.

Most likely to Pee in the Pool: “Jeffrey Sun. I don’t know why I say his name, but still Jeffrey Sun,” said a teammate.

Most Enthusiastic about Practice: “Conor Sullivan and Justin Xiang for sure,” said a teammate.