You need to enable JavaScript to run this app.
A&E
Garn—Weise Throw Down The Beats
Winston Rossetter '17 Staff Writer
January 28, 2015
No Comment

Normally, when we think of what it means to be a musician, we immediately think of someone in orchestra, band or choir. But there are people like Emerson Garnett ’16 and Will Von Weise ’15 who do not fit this traditional mold and have chosen to direct their talents in a different way by pursuing the art of DJing. 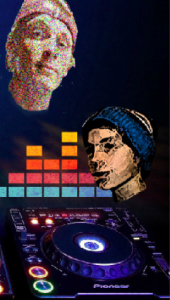 Garnett ’16 claims he first became interested in music after watching a Mariah Carey concert in fourth grade. “After seeing her live,” he said. “I was inspired to try and make my own music.”

Since then, Garnett has produced songs categorized as future bass, including “Hodor,” an original mix, and his “Shells” remix, songs liked and reposted by over 600 people on SoundCloud. Some of the artists from whom he draws inspiration are Fat Trel, John Cena and Niykee Heaton. Currently he has over 1,000 followers, and his fan base is still growing.

Unlike Garnett, von Weise did not have a specific moment that sparked his interest in music. But after seeing Martin Garrix at Lollapalooza this past summer, his passion for music became even greater.

“The music was absurdly loud,” he reported, “and the party was insane. Hands down the best part of my summer.”

Although most of the songs on von Weise’s SoundCloud are old, von Weise is currently handling the production on a mixtape for Tarek Deida ‘15: “Tarek freestyles over the beat and [I] refine it.”

Garnett and von Weise agree that producing new songs and creating remixes can be challenging. First, the artist has to figure out the direction of the song, then adjust the tune and follow through until the very end.

The length of time a song takes to produce can vary. For example, in Garnett’s case, his “Shells” remix took weeks to edit, whereas his “Levels” remix took only an hour.

As DJing becomes a respected art form, it is fitting that Deerfield has begun to recognize DJs in our community. Watch out for these rising stars at the next Crow Commons Dance.