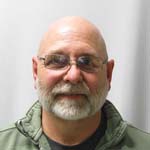 If you go to the Koch Pool after the last swim practice, you will probably run into one of the teams most devoted fans, William “Bill” Shea. Bill is the custodian in charge of keeping the entire Koch natatorium clean; however, he does much more than that.

Bill has been a devoted supporter of the Deerfield water polo and swim teams, staying to watch all of the games and talk to players. Bill first worked at Deerfield in the Greer, but left to work at Channing Bete, a publishing company. Thirty-five years later he came back to Deerfield and, in just one year back, has already made a lasting impression on many students and teachers.

As, Dr. Burke, coach of the varsity boys swim, said, “Bill fits in very well here and seems like he has been here much longer than he has. He is often talking with students and seems to be genuinely interested in what they are doing here.”

Many of the student swimmers have taken notice to Bill and have mentioned what a great person he is. He is known as a friendly and personable individual who goes beyond his role as a custodian. One student and member of the varsity water polo team, Ballard Brown 16’, said, “Bill is wonderful guy who cares about the team and does an amazing job maintaining the facility for us.”

Bill started out working in the Arms building but eventually made the switch to the Koch Pool, one that he was very happy with, saying: “It’s a lot more lively here by the pool.”

At Deerfield, its very easy to overlook all the hard work that is done behind the scenes, allowing this school to run smoothly. Bill has played a vital role in maintaining the pool so students can use it each day. Along the way has created a strong relationship with students, bettering our community as a whole.