Recently, the Board of Trustees approved the decision to renovate the Boyden Library beginning at the end of the 2015 school year. The Library, traditionally one of the most frequented places on campus by both students and staff, will undergo a complete revitalization that will reconfigure and refurbish the existing internal layout. 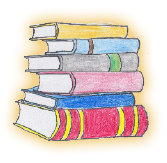 “While the exterior of the building will remain the same,” Head of School Margarita Curtis explained, “the internal space allocation will change, and the interior will undergo a full refurbishment process. Most notably, we will move the College Advising Office and the Academic Dean’s offices to the second floor. The new Center for Service and Global Citizenship will also be located on the second floor.”

Director of the Library Charlotte Patriquin added, “There will be more classrooms, more group study rooms, more student carrels and more seating for students in addition to the several new offices.”

The decision for the renovation was prompted by the need for a newer, more technologically advanced building.

“The current library was built more than 40 years ago, and it [is] in need of serious maintenance work,” Dr. Curtis said. “We [are] also aware of the fact that in recent years, with the impact of technology on teaching and learning, libraries have evolved into much more dynamic, open, experimental and collaborative spaces than in the past.”

When asked what students would most like to see in the newly renovated library, Riker Bixby ’15 commented, “I think the new library should have a bigger and better [Innovation Lab] with more powerful tools.” 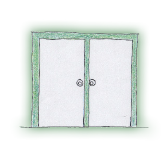 Although seniors won’t be have to enjoy the new advances, younger students can look forward to a permanent Innovation Lab in the basement of the library. The blueprint details a design with movable walls that will make the space more fluid, a feature helpful in the development of robots and other tech devices. The basement will also host an “Ideation Room,” a room with white boards on all four walls, the result of a successful trial run in one of the current study rooms throughout this school year.

According to the present blueprint (still subject to change) there will be a total of 11 study rooms after the renovation. The current day-student study carrels will also be transformed into individual study carrels for all students and will feature a glass wall overlooking the library’s main floor and out the window. There will be classrooms for academic classes on the main floor and one in the basement. Instead of three main doors, the Library will have one door for the main entrance, with seating areas on either side. Additionally, the Help Desk will be situated just inside this main door. 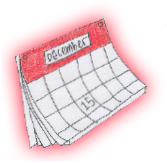 Ms. Patriquin detailed the role of the committee: “We were asked to explore and advise Senior Staff on a forward-looking ten-year vision for the library. It was a big commitment, and we spent a lot of time visiting other schools and colleges. We read widely, and we began discussions with the architects about how to realize what we were thinking about, synthesize what we had seen and figure out what made the most sense.”

Student opinion and input for the new renovation were important in the design process. Ms. Patriquin said: “A comprehensive student survey conducted last year gave [the Library Research Committee] a lot of information for planning the new library.”

According to Dr. Curtis, the estimated cost of the renovation is set to be $11.5 million, and the expected month of completion is December 2015. During the renovation, the library staff and a selection of the books will be moving to the Module Housing (Mods), east of John Louis dormitory.

“The librarians are thinking of ways that we can work with students in the classroom,” Ms. Patriquin commented, “rather than having entire classes travel to the Mods for instructions on how to do specific research, something currently conducted in the library. We will have group study rooms [in the Mods] and single study rooms; we will try to have a variety like we have in the current library.”

Dr. Curtis concluded, “The current design is the result of a broad collaboration among teachers, staff, students and ARC, the architectural firm that has been contracted for the project.”

Upon returning from Winter Break in January 2016, students will have all the resources of the newly renovated library to start the new year strong.