After the reconstruction of the Hess Center and revitalization of the arts programs, Deerfield is now turning its focus to athletics. Based on last year’s survey of students about facilities that needed the most improvement, the administration has decided to move forward in the plan to renovate the current 23-year-old ice rink and to build a new field house above it. After the plan was approved by the Board of Trustees, the school has begun to raise the $50 million dollars required for the three-year project. 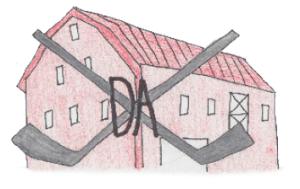 In last year’s survey students were asked to rate the listed campus facilities according to importance. With over 200 students at Deerfield taking the survey, the most popular priorities were a field house, a new ice rink, and a café on the dormitory side of Main Street. At least the first two choices are being incorporated into the recent campus master plan, which lays out necessary renovations and potential projects for the next ten years.

A lead donor, who will stay anonymous, has contributed a substantial amount of the capital required for the field house and rink. If the schedule goes according to plan, the school will soon receive responses from several architectural firms currently reviewing the school’s needs and considering possible designs. After an architectural partner is chosen, the hands-on designing phase will take place next year, with construction the following year. If all goes according to plan, Chief Financial Officer Keith Finan estimates that the field house will be ready by the fall of 2019.

Mr. Finan said, “The challenge for us is that we don’t want to start spending money until we know we can raise all the money. We’re at the point where we are confident we can, but we aren’t certain.”

In choosing to move ahead with these plans, the Board of Trustees and administration have also won the approval of the many students who believe that the ice rink would be a good use of money.

Ethan Brand-LaBarge ’16 stated, “The rink is outdated, and should be redone at some point. The field house would help solve the issues of the crowding of the gyms and provide more training areas, while the hockey rink renovations would make hockey games more enjoyable as they are an integral part of Deerfield spirit in the winter.”

Robert Mollo ’17, however, disagreed. “I don’t think it’s a good investment because there are so many other things that should be renovated that affect our daily lives. For one, we definitely need to modernize the Dining Hall while still maintaining its traditional roots.”

For the past two years, preparing the rink’s ice has been difficult due to warm weather, especially without a system to prevent humidity from melting the ice. The Founder’s League now allows players to start practicing in September, but because the current rink cannot be made ready until October, Deerfield hockey players begin the season with a disadvantage. The new center will contain more up-to-date technology to ensure an earlier start.

The school is also looking into building new hockey locker rooms to allow players to go directly onto the ice in skates rather than have to lace up at the rink, a feature that would streamline practices.

Mr. Finan explained, “One of the things pointed out that was true among many of the coaches and among a majority of the students was the lack of an indoor practice space for outdoor sports.” Because the weather gets cold in late fall and doesn’t warm up until mid-spring, this center will provide a better practice environment for numerous fall and spring sports.

Mr. Finan added, “What we are hoping to do is to minimize the disruption of the athletic schedules. One thing that is really hard to get is more practice time on the ice, so that’s why we’re also thinking of ways to provide temporary ice.”

Despite the schedule changes necessary to accommodate this project, the Office of Operations, Board of Trustees, and Development Office believe that the results will be well worth the transition. And students can see that they are an integral part of defining and enhancing Deerfield’s facilities.