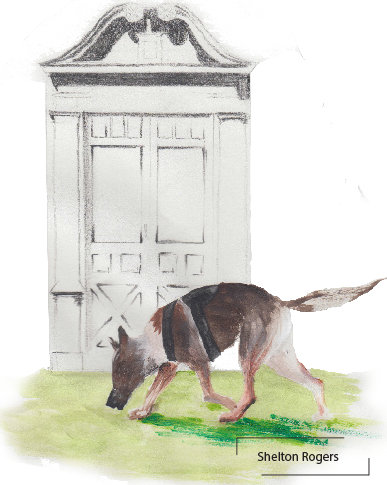 Dean of Students Amie Creagh chronicled the actual events: “The story began with chatter that implicated a female student selling drugs on campus. My concern grew as conversations and a room search [solidified the accusation]. I then contacted our school lawyer and asked if I could look into her phone. He confirmed this was legal, because I had reasonable suspicion of dealing.” Maggie Kidder ‘16 responded: “As a private school I understand that the administration has rights over the students, but they definitely created mistrust, making the school a more uncomfortable environment for students.”

Although many others questioned this potential violation of privacy, the phone messages verified that the student, who later withdrew from the Academy, had provided marijuana to several fellow students. As a result, “[The Disciplinary Committee] looked into seven users and buyers, placing six on probation with varying degrees of suspension,” Creagh recalled. “One received a warning for off-campus use.”

Creagh also dispelled several rampant myths, insisting that she “accepted committee recommendations” for each student. She added that no parent or trustee influenced the proceedings, the school never violated its sanctuary policy, and “we did not force students to name any others involved.”

The gossip among students did not cease, however, as police dogs soon arrived on campus to search another purported dealer’s room. Creagh justified this seemingly harsh action in an email to parents: “We have solicited help from our local police, with whom we share a good personal and professional relationship. Through them, we have access to a drug-sniffing dog. The dog can walk down a dormitory hallway and point out which rooms may have drugs in them and which rooms are clear. This then allows us far greater precision in our work, and, most importantly, it spares students who previously might have been subjected to the fully random room search, an uncomfortable and invasive process. (Please note that involving our local police in the process does not require us to include them or MA state law in our response.)”

According to Creagh, the perils and challenges of marijuana in vaporizers, “pot pens,” and oil form demanded the meticulous searches. The drug has a formidable presence nationwide, and many high-schoolers have taken advantage of these new consumption trends, which increase its potency and do not release pot’s distinguishable odor.

Despite the administration’s actions, drugs continued to threaten campus safety. As a result, Deerfield implemented an amnesty policy. During a specified interval, students could place contraband substances in boxes to “get stuff out and go drug free without negative consequences,” Creagh explained, adding, “We hoped to encourage good decisions after students brought drugs onto campus in the first place. I want kids to feel like we value good decisions, no matter when they are made.”

Many took advantage of the opportunity, placing vaporizers, electronic cigarettes, prescription pills, alcohol bottles, and chewing tobacco tins, along with liquid marijuana and nicotine, in to the bins. Soon after, however, faculty members discovered additional vaporizers, vodka, and homemade bongs concealed in dormitory ceiling panels. This indicates Deerfield has made strides in eliminating drug use but must continue to address what Dr. Margarita Curtis, Head of School, referred to as a “challenge and dilemma, but not a crisis” when speaking to parents.

Some students, however, have questioned whether the school is violating their privacy. “I don’t think dogs are a bad thing, but I think the school makes it pretty clear that anything we own is subject to search: cellphones, rooms, anything,” Walter Chrysler ‘16 said. It is not a good or bad thing, just a fact: there is no privacy at Deerfield.”

In an attempt to allow students to “own the issue,” as Curtis put it, the Academy will initiate several partnerships and programs to encourage supportive discussion among community members. In addition, former Boston Celtic Chris Herren will speak about his drug abuse and rehabilitation later this month.

Creagh maintained, “Conversations about drugs will not overtake our campus. Most of our students are drug free and don’t feel tempted. Nonetheless, I think lessons about drugs, information about their effects, and strategies for avoiding them are important for all at this age.