On September 2, Deerfield student leaders met for training on Sustained Dialogue. During one of the exercises, we were asked to stand on one side of the Koch Starfield if we believed there were instances of sexism at Deerfield, and the other if we did not. Interestingly, it was a pretty even split in terms of numbers, but not in terms of gender. With the exception of a handful of students—of both genders—almost all the female students agreed that there were sexist elements in the Deerfield community, whereas most of the male students stood on the other side of the Starfield. 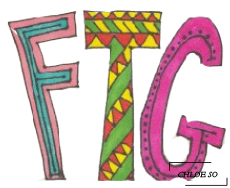 I was shocked at the gender divide in a group that had been pretty evenly distributed between the two sides for previous questions.

Now, this doesn’t mean that Deerfield is a sexist community. It isn’t necessarily. The experiences of people who do not encounter sexism in the community are just as valid as the experiences of those who do. Just because one group sees an inconsistency at DA does not mean that the group that doesn’t is in any way in the wrong or at fault—I believe this is a common misconception. On the other hand, I don’t think we can ignore that there is clearly a discrepancy between the sexes in their understanding of the role that gender plays in our school. Examining this discrepancy starts with the tackling the word feminism (cue collective groan and eye-roll).

I’m constantly surprised by the reaction people have to the idea of “feminism.” In the recent address given by Emma Watson to the UN, she explicitly stated that feminism does not mean man-hating. The movement, like social movements against racism and homophobia, is one that centers around the idea of equality. Feminism does not seek to put women above men. Feminism is not knocking men down, and it is not (usually) a crazy mob of hormonal women burning their bras.

I don’t know if it’s the fact that the movement’s title starts with fem- or what, but somehow gender equality has acquired the stigma of being a women’s issue—something men do not have to care about, or maybe, even respect. Perhaps this then discourages women from the term. It’s understandable that labeling yourself as a feminist might not seem worth alienating yourself from male friends and peers. This, however, begs the question, why should one lead to the other?

After attending a gender conference over the summer, Madisen Siegel ’17, Zakiya Newman ’17, Valentina Connell ’16, Camille Moeckel ’16 and I have started the Feminism Club at Deerfield. I can only speak for myself, but starting this club scared the hell out of me. During the first week of school I mentioned I was helping to start a feminism club; thinking I was speaking hypothetically, one of my close friends laughed, saying I would get so much **** for it. Then she realized that I was serious.

This was, and continues to be, the kind of reaction that makes me nervous about pursuing this topic here. Feminism and gender equality are causes that I do believe are important and need to be talked about. But I’d be lying if I said that even writing this article didn’t make me self-consciously worried that some people’s negative associations with the word feminism might transfer to their opinion of me as a person. I’m disappointed that this thought crossed my mind. Deerfield should be a community where people can voice their opinions, regardless of whether others share them, without worrying that their reputation in the community might be changed in an undesirable way.

Feminism Club is not seeking to promote emasculation, or to convert people against their will to join the movement. It’s a club that is channeled towards talking about gender equality and feminism’s place in the Deerfield community. That’s the only motivation.

When we made our first announcement about Feminism Club meetings, we invited those who do not associate with the term to come to the meetings too. I want to echo this point again. If you think feminism doesn’t have a place at Deerfield, come talk about why you don’t think it does. An opinion only becomes stronger if it is challenged, and conversations between people who hold opposing views on a topic are just as valuable (if not more) than conversations between people who are in agreement with each other and want to explore each other’s reasoning more fully.

Feminism isn’t a word that always gets used in a positive way at this school. I wonder though, is it the idea that turns people off? Or just the word itself?

Feminism Club meets every other Thursday in the Health Issues classroom. All opinions towards feminism are valid and welcome. Above all, we invite you to take a moment to think critically about how—and why—you do or do not relate to feminism.