You need to enable JavaScript to run this app.
A&E
Artist of the Issue: Taro Jones
Caroline Fett '16 Staff Writer
October 15, 2014
No Comment

At this year’s opening School Meeting, Taro Jones ’16 received a rousing standing ovation for his solo dance performance. Jones, a new junior from Kingston, Jamaica, and a member of the advanced dance ensemble, has excited the community with his talent. 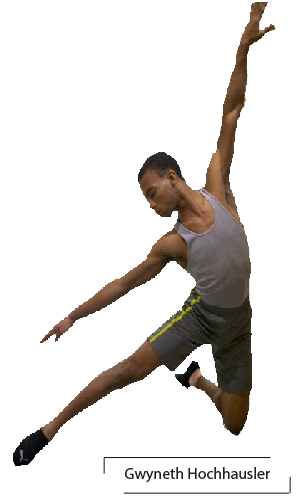 Jones started dancing at age three. He was a hyperactive child, and his parents noticed that he loved to move to music. “They wanted to teach me coordination,” explained Jones, “so I could channel my energy better.”

Wolmer’s Prepatory School in Kingston had a troupe that practiced a variety of dance styles, including gospel, folk, modern and pop. After seeing the troupe, Jones’ parents decided that it would be perfect for him, and he ended up staying with Wolmer’s Dance Troupe for 13 years.

Jones has caught the attention of many members of our community in that he is one of the few advanced male dancers that Deerfield has seen in the 25 years of its dance program.

“This is not a new thing having boys in the dance program.[But this year] we are lucky to have two boys that are trained male dancers,” said Performing Arts chair Jennifer Whitcomb. She also added, “The program is not so different, but Taro and Ossie [Heard ‘18] allow for a range of possibilities.”

Jones is no stranger to being one of the only boys in the room. There were always more girls than boys in his dance troupe in Kingston. “When I first began,” he said, “I think there were about five boys, and then it dwindled down to just me and all the girls.”

But this reality does not faze Jones. For him, it has always been all about the dancing. “Music always spoke to me personally,” he said. “If I wasn’t moving, I needed to be singing, and if I wasn’t singing, I wanted to be moving. There was always that kind of resonance,” he recalled.

Jones first heard about Deerfield from Jeffrey Armes, associate dean of Admission. Mr. Armes was attending a school fair in Kingston, where he met Jones. After bringing him to Ms. Whitcomb’s attention, she and Jones began to correspond.

“I could see he was someone who we wanted to have in our dance program at Deerfield,” said Ms. Whitcomb.

When asked about what working with Jones has been like thus far, Ms. Whitcomb replied, “He gives his entire self to whatever he’s performing. He’s also wonderfully unassuming and modest about his abilities, and in my opinion, that’s as important as his dancing.”

The solo piece that Jones performed at School Meeting was a piece from his most recent recital. It took about two months for Jones to bring the piece to the level at which he performed it for the Deerfield community.

Jones also danced in “Boomerang,” choreographed by Sami Habel ’16. Jones confessed, “Honestly, I learned that in about two days, and it was a struggle. It was a fun struggle, but a struggle all the same.”

Jones described the intense process of learning a new routine as “a challenge, physically and mentally, but that’s another reason I enjoy it.”

And then he affirmed something many dancers have been saying for years: “Dance is a sport, whether people agree or not.”