You need to enable JavaScript to run this app.
Opinion
Did We Ride the Yak or the Did the Yak Ride Us?
Alex Tananbaum '14 Contributing Writer
May 21, 2014
No Comments

Last Monday night, I witnessed about 80 concerned students meet in the Greer to discuss recent breaches of respect on campus. 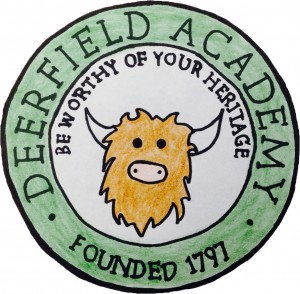 Just to get everyone up to speed: this was primarily prompted by a recent DC, which involved a student who distributed posters around school that said “#FreeSterling” and included a photo of black Clippers players, as well as the community’s short- lived, and highly damaging, stint on the iPhone App Yik Yak.

According to its App Store description, Yik Yak “acts like a local bulletin board for your area by showing the most recent posts from other users around you. It allows anyone to connect and share information with others without having to know them.”

Yet at Deerfield, Yik Yak was used for more than just “connecting”—it was used to anonymously bully individuals in a public setting that anyone with a smartphone could see.

Primarily, the group that met in the Greer came to the consensus that even just one member of the community feeling unsafe or threatened by another member harms the community as a whole. In the case of the #FreeSterling posters—although it remains unclear what exactly the author’s intent was—a specific population in the Deerfield community was targeted and hurt. And in the case of Yik Yak, though it targeted a handful of individually named individuals, its harm rippled throughout the entire community, creating seemingly endless paranoia. Both did their damage, but we might consider the fact that while the Sterling incident calls one kid’s judgment into question, what happened on Yik Yak opens up an entire can of worms. Yik Yak revealed something dark in not just one, but an overwhelming number of students of our school population.

It seemed to me that at the forum, students were less inclined to bring up or discuss Yik Yak than they were the #FreeSterling posters. I am not sure if this is because Yik Yak was seemingly put to bed when it was blocked on campus, or if it was because what happened on this social media platform was too uncomfortable to talk about.

But although we may think that we are past Yik Yak, or that the harm has already been done, the only way to make this community safe again is to address the effect that Yik Yak has had on the student population.

Many people defend the app by saying that most of the damage was inflicted by a small group of people that took advantage of it. Others choose to focus on the fact that there were some positive and/or entertaining things said. But the uncomfortable reality is that every single one of us propelled a vicious series of personal attacks by downloading the app, “upping” or “downing” posts, and giving it attention by talking about it.

Furthermore, though one may be tempted to argue that Yik Yak only harmed the people talked about, it not only put the entire community on edge, but it also put each of us in perpetual fear that we were going to be next. Our use of this app revealed that we can be mean cowards: not only did we primarily have nasty things to say on Yik Yak, but we also didn’t have the courage to say them to our victims’ faces. Most disturbingly of all, many of us enjoyed harming that victim— we enjoyed getting upped on our snarky posts. Sometimes, we even upped them ourselves.

I sincerely hope we will try to have another culture forum in our remaining time and continue to address Yik Yak, so that we might try to leave the community as safe as it once felt before.

Because in the end, it turns out that we weren’t riding the Yak; we let the Yak ride us.