You need to enable JavaScript to run this app.
Features
College Admissions: Be Worthy of Your Facebook
Bella Hutchins '16 Staff Writer
April 21, 2014
No Comment

It has become customary for students to change their names on Facebook, Twitter, or other social media websites when they submit their applications to college, many utilizing wordplay with their names, either using rhymes or referencing TV shows and movies. 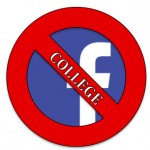 Fear circulates among applicants as they hear rumors of teens having their college acceptances revoked due to inappropriate or offensive language and photos found on their Facebook profiles. The fear heightened in 2011 when The Huffington Post published an article online regarding college admissions offices and their relationship with Facebook, citing a “Harvard admissions officer—who posted on a Quora thread… that a student’s online presence ‘absolutely’ prejudices her.”

So the question remains—do colleges really investigate applicants’ Facebook or other social media websites during the admissions process? The answer: depends on both the school and if concern or suspicion has been raised about the student.

A graduate assistant in the admission office at Boston College stated, “Nothing that would revoke an acceptance would be caused from the checking of any social media sites, like Facebook or Twitter.” Yet she also mentioned that, though the admissions office does not seek out social media pages, if they are sent something that may have been posted on Facebook, they “will obviously consider it.”

When asked if the admissions process included checking students’ Facebook pages, Trinity College’s Associate Director of Admissions Kalia Kellogg revealed that it is “not our policy to do so, but an individual admissions officer could choose to do so if they felt moved.”

Because Facebook is a public website, anything anyone publishes could be seen by outsiders who are curious to further investigate that person. She also mentioned that though checking prospective students’ Facebook pages is rare due to the time- crunch of the admissions process, “If there is a red flag, I will go into the profile and see what I can see.” She also mentioned, however, that “we are going to see people holding up beer cans, and it’s not impressive and doesn’t make us feel great about the person, but it doesn’t cause an end to their admission.”

Though students often resort to sifting through their photos and comments on Facebook prior to the application process, once something is on the Internet, it never goes away, and someone will always be able to access it.

Dick Nesbitt, an admissions representative from Williams College, warned, “I would advise students not to post anything that they wouldn’t want their grandmother to read.” He also disclosed, “if you are wondering if we have ever withdrawn a student’s admission because of something he or she posted, the answer is ‘yes’.”

Jamie Bucci, a new college advisor here at DA remarked, “There are employers who say, ‘in order to get this job, you have to let me friend you’.” She also noted that posting controversial photos or comments entailed “a lot of downside risk and very little upside gain.”

As the percentage of college admissions as well as employers checking social media increases, prudence throughout Facebook, Twitter and other social media websites is expected to increase as well. Though it’s impossible to tell whether or not a student’s personal page will be checked or monitored, growing awareness of the permanence of online affairs will continue to push teens to think twice about clicking “upload.”