You need to enable JavaScript to run this app.
Features
The Helpful Hacker
Alexa Murray '15 Staff Writer
February 4, 2014
No Comment

Pablos Holman, known as one of the most famous computer hackers in the world, visited campus on January 15 to speak about his life in the computer field and projects he is working on today. 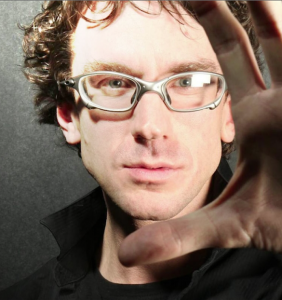 Holman became interested in technology when he got his first computer in 1979. He spend his days “imagining [that] if it were faster or had more memory, maybe we could do something cool with it.”

“I got really good at doing new things with computers,” Holman explained. “And whenever somebody wanted to do something with a computer, they called me. I tried not to screw it up, because if I didn’t screw it up, I figured I would have another opportunity to work.”

Holman currently works at Intellectual Ventures Laboratory, a company that develops products in order to solve some of the world’s most pressing problems. Some of Intellectual Ventures’ work includes a laser to kill malaria-carrying mosquitos and a giant funnel to prevent hurricanes.

When he’s not busy with these projects, Holman hacks into the computer systems of banks, corporations and governments to expose flaws in their security systems. His “friendly” hacking is designed to help prevent, criminal infiltrations like the one that recently occurred at the retailer Target, when hackers managed to steal the credit card information of millions of customers.

Computers and software remain a passion of Holman’s, and he regularly gives presentations and talks on the future of computers.

As computers become more ubiquitous in our lives, Holman urges us to “Look around and figure out where computers are not used and try to imagine the improvements computer power and software would bring there.”