The concept of “liking” things on Facebook is something I’ve never really understood. It’s a mysterious signal that can mean a number of things, from “No one else has liked this, so I got your (*cough* mildly unpopular) back” to “Hello, I am a boy who wants to un-aggressively hint at my interest in you.” 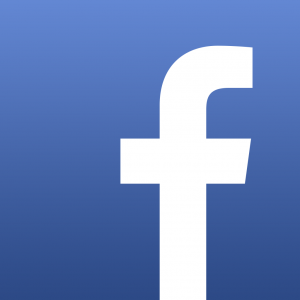 It’s harmless enough at a glance, but the disturbing power of Facebook is its ability to put a number on how much interest people have or do not have in each other’s lives.

It takes the high school obsession of “popularity” and makes it something from which you can never escape, whether

you’re tucked into bed in your dorm room or walking— notifications-enabled phone in hand — on Albany Road.

From another point of view, Facebook is a blatant meat market. It’s a stage on which all of us strut our most impressive stuff, baring skin in the places of which we are most proud (you’ll see a lot of plunging necklines in my profile pictures!).

Facebook is a forum for the exhibitionists that we have become, people starving to be the objects of envy on the high school scene.

Our Facebook profiles, in the end, are not so much “profiles” of who we are as projections of what we want our best selves to be. It’s a contest to out-do, out- interest, out-sell: and the product is yourself.

Many people’s excuse for Facebook is that it allows them to satisfy their curiosity. But while curiosity might be the original motivation, the emotion you’re left with is often envy.

Often, as you scroll down your endless newsfeed, full of beautiful people in beautiful beach/ mountain/ party settings, you’ll find yourself feeling the way my little cousin felt when his traditional Korean instrument (God bless his nerdy little soul) was pitted against a hamster for elementary school show-and-tell. Except in order for the metaphor to work, the hamster would have to talk and defecate gold.

Of course, there is the option of buying out of the system— which most Deerfield students are forced to do, especially as their workload builds up and time for mindless scrolling becomes ever scarcer in their four years at DA.

But the visible decrease in use of social media from freshman to senior year also corresponds to an increase of self-confidence among the student population. It is no secret that there is a huge developmental change in an individual from his first year at DA to his last, and the greatest part of this change is the confidence to be able to own yourself.

To summarize, I’m not going to tell you, little underclassman, that you won’t be happier with a profile picture with 300 likes (someone someday explain to me how that happens?) rather than one with 30. But I will tellyou: being able to live your life with more focus on how you see yourself than how you want others to see yourself will come with time.

Because I’m a junior, and I sincerely do not “want to die” because you are “so gorgeous,” I would rather not contribute to the ego of a cute couple by giving their picture their 204th like (singles do you hear me preach?), and would prefer to take a nap than look through the hundreds of pictures you took on some beach or another—unless you’re a really attractive boy (in which case you probably didn’t upload a hundred pictures you took on some beach or another).