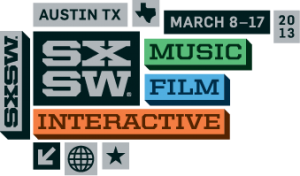 When most people imagine how they’ll spend their spring break, it’s on a beach on some faraway tropical island. But for Mr. Thiel and Mr. Nilsson, this is not the case. For the past few years, they have been attending the South by Southwest Conference in Austin, Texas. Spanning 10 days, SXSW features a music festival, a film festival and an interactive conference that all run concurrently.

Mr. Nilsson and Mr. Thiel spend their time at the interactive conference, which, according to the website, focuses on many topics “ranging from blogging to business models, to health industry innovation, to science, to social media, to space exploration.” Some of the themes Mr. Thiel has witnessed include “the link between virtual information and objects and physical information and objects, geofencing and geolocation, and database structures and the cloud as an emerging force.”

“You’re assembling all the smartest geeks and nerds in the country in one place at one time to talk about what the near future is going to look like,” remarked Mr. Thiel. “So what you see at South by Southwest often comes to life about three years later. It’s a crash course in the future.”

The conference has 40 locations and nearly a thousand different formal talks to attend, excluding morning and evening sessions, as well as the tent city filled with companies like Google and other big names, including 3D printing manufacturers.

Fortunately, visitors have found a way to manage choosing between so many speakers. “Twitter was essentially invented at South by Southwest,” said Thiel. “The audience is all on Twitter, all at the same time. In the conference guide, they publish hashtags for every session that’s going on, so while you’re sitting there listening to one session, you can tune in to the silent conversation that’s happening about this other session over Twitter. People will ask questions to the speaker and do things over Twitter in real time. So simultaneously you can be listening to the tweets and discussions that are happening for the other session you wanted to go to and you can ask questions.’”

In addition to attending the interactive conference, Mr. Nilsson also goes to the education conference, which takes place in the three days before South by Southwest actually begins. Just as the interactive conference focuses on emerging technology, the education conference focuses on new ideas in education. Mr. Nilsson has presented at the conference twice, once on the cognitive science of learning and once on how to teach students to be creative. He now sits on the advisory board, deciding which presentations should be added to the next year’s schedule.

Both the SXSW interactive and education conferences are open for anyone to attend, but hotel rooms and conference tickets sell out quickly. Mr. Thiel recommends to “not go to conferences that are about what you know about . . . go to conferences where you will see and hear things that you never have before.”