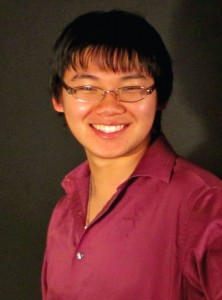 In his four years at Deerfield, Chris Lin ’13 has become revered for his incredible musical abilities.

Lin began taking classical piano lessons at the age of five. Once a week, a teacher would spend an hour with Chris at his home in Springfield, training him to read music and perform. “It wasn’t a passion for me when I was a kid. It was more like a chore,” he said.

Lin’s musical career almost came to an end in seventh grade, as he did not enjoy the strict rehearsal regimen. “I told my parents—I confronted them—I said I wanted to quit. And the surprising thing was, they said ‘Yes, okay. We’re going to listen to you and let you make your own decision for once.’”

However, he only lasted six months before returning to his lessons. “I felt really restless every day. I found myself looking at the piano in my living room and wanting to go back to it,” he said. “From then on, instead of having my parents sit there and watch me practice, I would go do it myself.”

Lin now plays multiple instruments including the violin, saxophone, flute, and guitar, the last of which he taught himself. “Once you hone [music], you discover that you have an affinity for it,” Lin explained. “And once you have that, it is sort of a waist not to pursue it.”

When he arrived at Deerfield as a freshman in the fall of 2009, he immediately met several students and members of the faculty who helped him take his music to the next level. “Each year I look back at where I was, and I realize the growth rate is so unexpected,” Lin said.

One of Lin’s favorite memories is from the winter Koch Friday Concert (KFC) of his freshmen year. He went on stage and performed a Disney Medley. “That night, I was staring out into the crowd and saw the PG’s standing up and singing with me,” he continued, “I saw the seniors cheering—and all the girls cheering. It was really an invigorating experience. And that was sort of my defining moment.”

Currently, Lin assists both a cappella groups on campus and James Park’s garageband. In addition, he is a member of Mr. Roihl’s Chamber Singers and the Deerfield Jazz Band.

Lin also spends his time composing original pieces. His favorite genres to write and perform include jazz, R&B, and soul.

In the future, Lin hopes to further explore his passion for English and distribute his music free of cost. He explained, “Once you add money into any artistic creation, it corrupts it. It is not as pure; I want people to enjoy music without having to give something in return.”

Lin is not sure where music will take him after graduation; however, he believes it will always play a significant role in his life. “My father once admitted to me that as a child, he harbored a dream of becoming a conductor for an orchestra. Even though that wasn’t the path he chose, I feel like that passion lived on somewhere—maybe it came to me.”