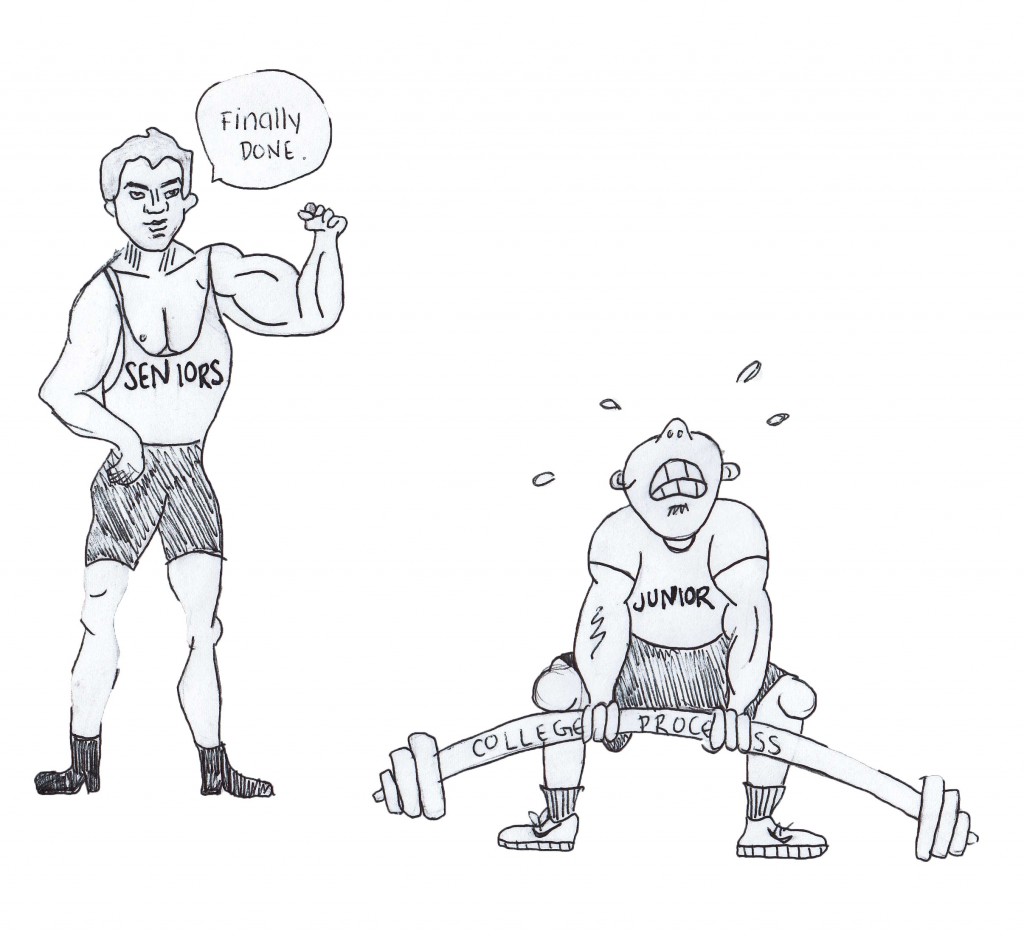 “You deserve it!” is what people often say to seniors who have just been admitted to their first-choice college. It’s great to hear congratulations from people close to you, but the truth is that “deserving” doesn’t have much to do with whether or not a college lets you in.

While good grades and well-written essays obviously help, there are many factors out of our control. We can’t really decide the state we’re from, who our parents are, or our ethnic background, yet these can all contribute to whether or not we get into the schools of our choice. It’s not fair.

Can it ever be? Not really. Would you want to go to a college that based admission solely on grades and test scores? I wouldn’t. There’s a good reason for affirmative action and admissions preference based on geography. I wouldn’t want to go to a school where everyone looked the same or was from the same place.

While I recognize that it’s true that this may hurt my chances of getting into certain schools, I also recognize the importance of diversity on school campuses.

As for legacy preference, in some cases it’s a necessary evil. In many cases, it’s a way for schools to get money, although I don’t think building alumni loyalty should necessarily be a priority over what is best for the current student body.

So, yes, I agree that it’s completely unfair for two people who are equally qualified for admission at a particular school to be held to two different standards, but I also think it’s sometimes necessary.

Even without affirmative action or legacy preference, the college admissions process would never be a true meritocracy. Some students are great test-takers, while others find that their SAT and ACT scores don’t accurately reflect their academic abilities. Some students have parents who can afford to hire tutors, while others have to balance a job and school work during high school.

While you might be thrilled to get into the college you want to go, do you “deserve” it more or less than the person next to you? Probably not. And that’s fine, as long as you recognize that you cannot attach success or failure in this process to who you are as a person.