You need to enable JavaScript to run this app.
Editor's Picks
Step Team Must Step Off Stage: Forced to Practice in Chapin Dorm
anna auersperg 14 staff writer
December 19, 2012
No Comment 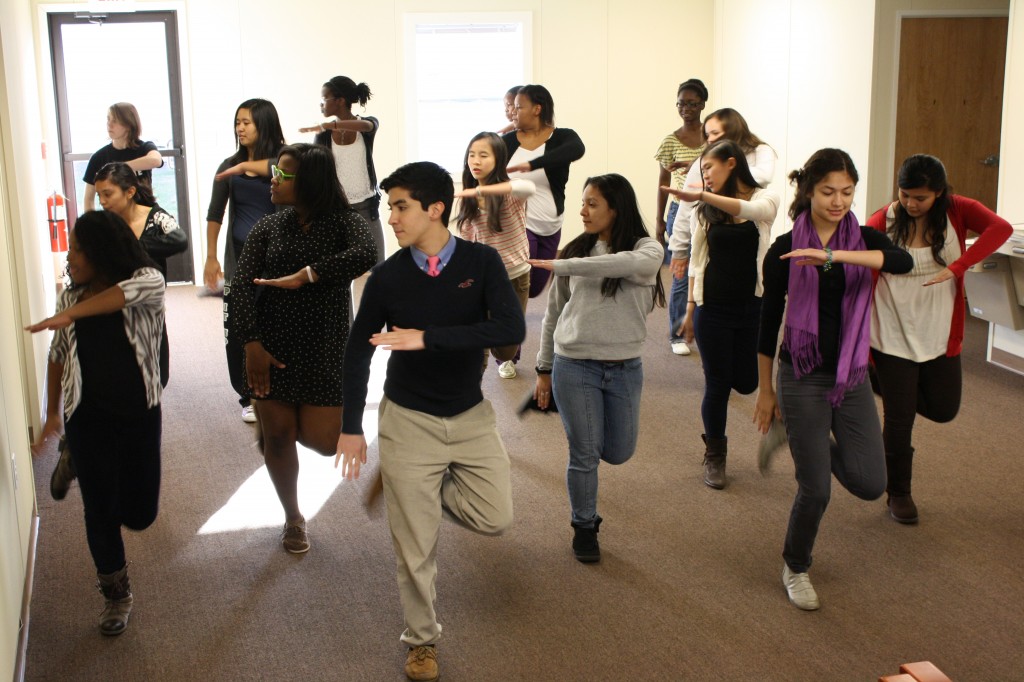 This winter, the Theatre Department will put on its first musical, using the main stage. However, this move from the Black Box leaves the step team with no place to practice. Co-Captain Tasnim Elboute ’13 said, “Nobody organizing the play realized that it’s the step team’s practice space until we started our season and suddenly we found out that we wouldn’t be able to use the stage.”

The step team needs somewhere to practice where they can hear their stomping, a crucial element in step, which posed a problem in finding a new rehearsal space. “We couldn’t use the Black Box because the set is being built there,” Elboute said. “We couldn’t practice in the lobby because that’ll be too loud while the play rehearsals are happening. We can’t wear shoes in the dance studios, and even if we could we would have to work around the dancers’ schedules.”

Co-Captain Daniel Rivera ’13 added, “It’s hard not having any notice that this would be a problem before our season, and then receiving little help finding a new practice space.”

Even before the musical, the step team faced complaints from Art Teacher David Dickinson, whose art classroom is directly below the stage. “You would have all these people stomping their feet,” Mr. Dickinson said about the noise. “And there’s nothing to buffer it and sometimes dust was falling from the ceiling down on the paintings.” In response, the step team moved out to the thrust of the stage, which minimized noise and disturbed the art students less.

The step team will practice on the stage while the play is doing singing rehearsals. For the duration of the season, they will use the Chapin common room for daily practices.

Advisor to the Step Team and Science Teacher Johnathan Chittuluru said of the move, “Though we are still in the earliest stage of utilizing the space, our move to the Chapin common room has been a welcome one. We will be able to rehearse in this location on a daily basis, and its size and organization suit our needs. Since this will be the first time we have been able to call a space our own, we are looking forward to the luxury of having a permanent rehearsal room for our team on campus.”

Rivera said, “Everyone on step was a trooper. They met the situation with humor and didn’t let it bother them. They are amazing, and I think this whole situation says a lot about them as people—tell me a teenager who wouldn’t be upset.”

Theatre Director Catriona Hynds said, “I am thrilled that they are now in a location that has more space, a much needed water fountain near by, and a bathroom. They also have the liberty to make more noise without the sound disrupting others in the Memorial Building.”

However, this solution is far from ideal, Elboute said. “We’ll be a team using an abandoned dorm for practice—this would never happen to another team. Can you imagine if they took away the gym from the basketball team? Not only is it isolating, but the team needs wooden floors and we had to settle for a carpeted area.”