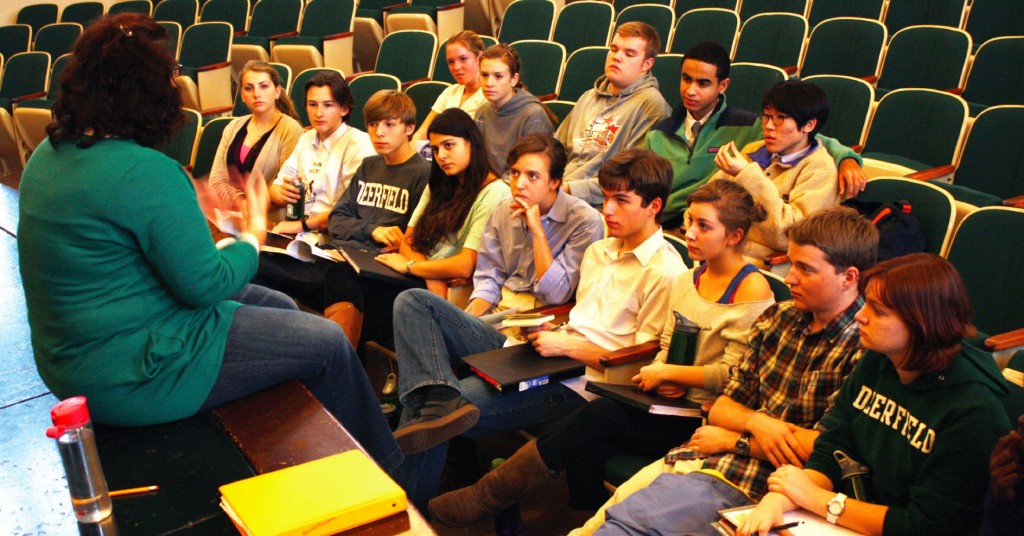 For the first time in many years, the theater department will produce a musical—the seminal comedy-rock-horror musical Little Shop of Horrors, which features a blood-craving plant. The demanding production requires a full set, many technical changes and student performers who can sing, dance and act.

Another reason for the change of location is to allow larger audiences to see it. Since the musical will be running for three nights, there will be room for around 1600 people to attend this large production.

“We’ll be creating Skid Row on the stage for the set, and having the set of a street would be difficult to logically create in the Black Box,” Stage Manager Hailey Nuthals ’14 said. 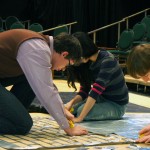 “The stage in the Large Auditorium is also very different because it’s a proscenium thrust stage instead of the simpler black box,” Light Designer Andrew Bishop ’14 said.

A screen will be set up in front of the band, which will play the musical’s score. It will be part of the set—hidden in specific scenes and revealed in others.

As a musical, The Little Shop of Horrors will be combining the disciplines of music, dancing and singing, which is a new concept for many cast members.

“In rehearsals, we’re going to build a foundation of singing, then add on acting and finally dancing,” Assistant Director Thomas Shuman ’13 said. “These specialties build on each other, and we have different faculty members helping us out in the various areas.” 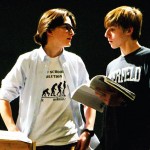 “I’ll be especially busy the first couple of weeks working on vocal training with the cast members,” said Music Director Daniel Roihl. “There will be a rotation of the three areas with Mrs. Hynds and Mrs. Nilsson, and these areas will all congeal and work together.”

In a small school of around 630 students, it is difficult to find the triple-threat student who is a singer, dancer and actor. However, Mrs. Hynds wasn’t daunted by this challenge.

“When we were auditioning, we based our selections on how well the students fit the role,” she said. “We also took into consideration who looks right for the part and what they will bring
to the table for the production.”