You need to enable JavaScript to run this app.
Features
From the Chinese Cultural Revolution to Deerfield: Ms. Feng and Ms. Kelly Recount
Charlotte Allen '14, Editorial Associate
November 13, 2012
No Comment 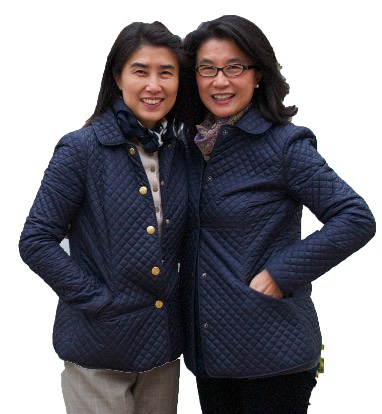 Xiaofeng Kelly and Cindy Feng share much more than working in the same language department. They are a literal example of the Deerfield family, sharing parents as well as a younger brother.

Both sisters were born in and Beijing and spent the early years of their life there, then moved to Ingxia, a small city in the northwest part of China, when Ms. Kelly was three and Ms. Feng was four. Their parents were college professors, so they spent much of their childhood on a school campus, which Ms. Kelly described as “a very safe and happy experience.” She added that she had the “best world because there is nothing better than being at a school surrounded with very motivated and smart people.”

Growing up in a country full of change and turmoil, Ms. Kelly and Ms. Feng had a childhood that was shaped by Mao Zedong’s Cultural Revolution, which lasted from 1966 to 1977.

Ms. Feng explained that there was a “big difference between the rich and poor, and everyone worked for the government.” However, because they lived in a more rural area, they were less affected by the Revolution itself.

The declining economy, corrupt government, and rise in warring factions hit the entire country. While Ms. Feng and Ms. Kelly felt the effects of the period, they said they were lucky to have the opportunity to receive educations and escape the country, unlike many other members of their generation.

“My childhood was very simple, and life was pretty hard because you had to do everything yourself,” Ms. Feng said. “At that time you did not have anything, but had more freedom to play.”

“Although every family saved and life was very simple,” Ms. Feng added, “it was very fun and safe. But the government only gave you 30 pounds of food a month, and if you wanted water you had to go to the well yourself.”

The sisters both continued their schooling in China through college. Ms. Kelly came to the United States in 1992 through a teaching exchange program with the University of Maine, and Ms. Feng come in 1993 for graduate school in Detroit.

Ms. Kelly was the first to come to Deerfield, after various jobs at schools such as Colby College and Northfield Mount Hermon. Ms. Feng, after an interest in education bloomed through volunteering to teach at her daughter’s weekend Chinese school, followed suit eight years later when Deerfield needed another Chinese teacher.

Both women have stayed. Ms. Kelly has taught here for 13 years and Ms. Feng for five. With upbringings so closely knit and rich in culture, Ms. Feng and Ms. Kelly hope to provide students a view into a completely different part of the world.