You need to enable JavaScript to run this app.
Buzz
Anthony Marx to Give Commencement Address
tabata viso 14 staff writer
May 24, 2012
No Comment 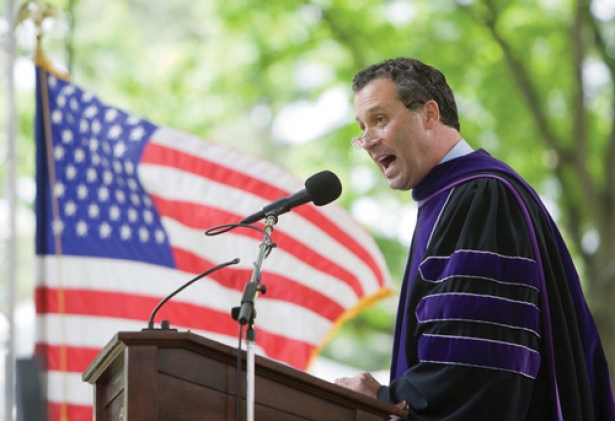 Anthony Marx, president of the New York Public Library, former president of Amherst College, and father of Josh Marx ’12, will be speaking at Commencement this year. He has authored three books on nation-building: Making Race and Nation, Lessons of Struggle: South African Internal Opposition (1960-1990), and Faith in Nation: Exclusionary Origins of Nationalism.

In his time working as president of Amherst College, he was responsible for increasing financial aid opportunities and making college an option for middle class families.

While reminiscing about his own high school years, Mr. Marx said, “I learned how to learn, to work hard, and also to make friends who are still my very best friends today.”