You need to enable JavaScript to run this app.
Opinion
My Arizona Hero
sidney hulburd 14 contributing writer
February 3, 2011
No Comment 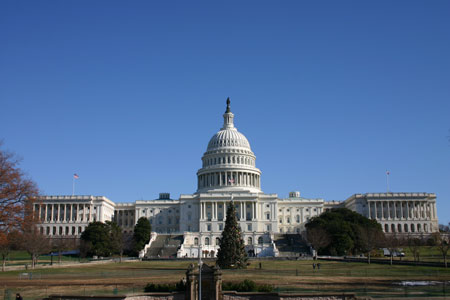 Are there such things as heroes? Are they hidden in the world and do they really need silly costumes to be classified as one? Well, my father, an average guy on the outside, is my hero.

Throughout my childhood, my dad was one of my best friends. He wasn’t the “go-to-work-twenty-four-seven” type. He would go to his office to write his novel, or go swimming. Regardless, he was always there for me.

My dad and I would often sing at the top of our lungs-singing songs he made up about me. The songs never really changed because the only word he can rhyme with Sidney is kidney.

“Guys, I have decided I am going to run for Congress,” said my dad.

“You’re going to work for Obama?! Can we go to the White House in Washington, D.C?” asked my little brother. I was speechless, however, and the thought of my dad actually working boggled my mind. It wasn’t that I wasn’t happy. But the only thing I could think about was that things would change. And things did change.

The only Democrat running in Arizona’s 3rd Congressional district, which includes parts of Phoenix, Paradise Valley, and Scottsdale, my dad ran against eleven Republicans until the primary took place. We then found out he would be running against Ben Quayle, former Vice President Dan Quayle’s son. The race became harder as summer came. The old lazy summer days might have been spent going to the country club together for lunch and a swim, but now it was days of endless campaigning. I would rarely see my dad in the day, but every time I thought about him, I knew he was doing this because it is something he loved, and the thought made me smile.

Tuesday, November 2, was the last day to vote for Jon Hulburd. Being at boarding school, I had to stay up extra late in order to hear the results. I kept thinking about my dad, how proud I was, and what it would be like if he won.

I became so excited I couldn’t sleep, until I got a text message from my mom saying, “Tell Dad you love him. Quayle won.” Like so many other Democrats that night, my dad came out on the losing end.

I couldn’t look at another message without crying. Although he lost, I realized it wasn’t about the win or the loss. It was about how hard he fought in this race.

In the end, the heroes or good guys may not always win, but they sure are the ones who try their hardest. By the way, he is already talking about a new seat opening up in two years out in Arizona. Who knows, he might just try again.