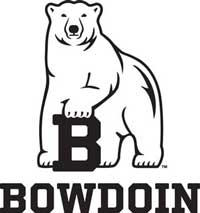 Hockey is fast, physical, and gritty, requiring skill and a dogmatic determination. Science teacher Brian Fry fulfills all of these qualities, making him a good player, a good coach, and a great addition to Deerfield.

Originally from Colorado Springs, Colorado, Mr. Fry graduated from The Hotchkiss School in 2006. An avid football, tennis and hockey player, Mr. Fry was a devoted athlete.

Hockey, however, was what pushed him from Colorado to Lakeville, Connecticut.

“I was missing too much school for hockey,” said Fry, “My mom, scared that I would go to Juniors and devote my adolescent life to hockey, showed me Hotchkiss.”

After three years at Hotchkiss, Mr. Fry enrolled at Bowdoin College and played hockey for the Polar Bears. His freshman year, Mr. Fry came to know one of the senior players well: history teacher and assistant hockey coach Timothy McVaugh.

“Mr. McVaugh was someone I looked up to. He was a good role model and showed me what it meant to be a Bowdoin hockey player,” said Mr. Fry. While only skating with Mr. McVaugh for one year, Mr. Fry or “BryFry,”as he was commonly know at Bowdoin, had no idea that he would see his old friend and teammate Mr. McVaugh so much more after college.

After graduating from Bowdoin and earning his major in Economics, Mr. Fry was on the brink of something new. “I didn’t really know what to do coming out of Bowdoin, but teaching and coaching seemed like a really good start.”

After three years of boarding school, Mr. Fry now returns, only this time to Deerfield, to teach science and coach varsity hockey.

Although he expected something new and different, he didn’t expect to see his old friend, Tim McVaugh in this new career. Now, both are coaching boys’ varsity hockey, imparting their vast knowledge of the game on the team.

His looming physical presence coupled with his enthusiasm for sports and a willingness to better those around him, not to mention his good looks, makes Mr. Fry perfect for Deerfield Academy.