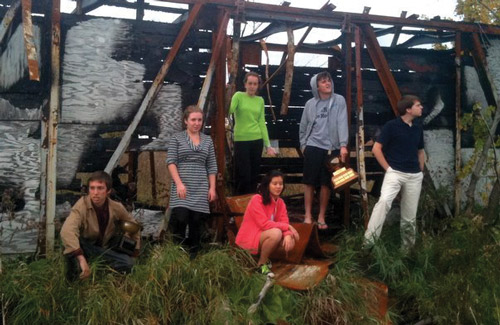 While five other American schools participated, it was Deerfield’s delegation that took home the prestigious “Top American School” award.

An individual success, Lipsky placed number one in Parliamentary Debating after a high-stakes final round concerning “a common world language” in the Canadian senate chamber.

“I was very lucky to get the opportunity to debate there…The atmosphere was intimidating, but not as intimidating as my opponents,” Lipsky recalled.

Lipsky also came in third place for his persuasive speech on the issue of property rights in the developing world. His combined performances resulted in the “Top American Speaker” award. Consequently he qualified for the World Individual Debating and Public Speaking Championships, which will be held in Australia this spring.

“I’m very excited and a bit nervous about the championships,” Lipsky said.

“It was the strongest Deerfield performance at that tournament in the last decade. Some years there are only one or two standout performances, but this year the entire team effort was responsible for our success,” said Mr. O’Donnell.

The event drew students from Canada, the United States, Peru, England, and even King’s Academy in Jordan.

The recent successes from this competition and the one hosted by Deerfield last fall indicate a growing interest in debate and public speaking at Deerfield and among our peer schools. Lipsky urged all students to understand that “anyone can debate and speak publicly. No one should consider it exclusive.”

Mr. O’Donnell reaffirmed his message: “I encourage every student to pursue some exposure to public speaking, drama, or both…They both hone one of the most valuable skills to have down the road.”

“We are all enormously proud of how we represented the school and I have absolute confidence this is just the start of a successful period for the Deerfield Forum,” said Giannini.